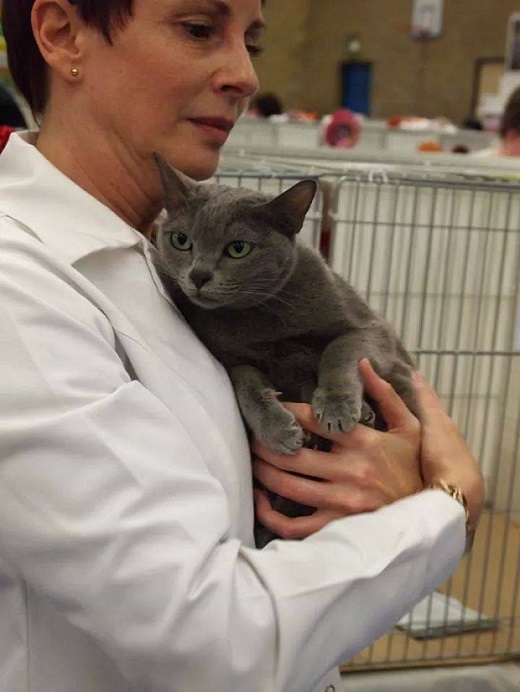 Once again we shared the venue with the Midland Counties Cat Club and the Short Haired Cat Society. With the venue being a little further north than some of the previous venues, it was a very early start for many.

The Korat & Thai Club table was well manned throughout the day. It was steadily busy all day with many visitors. I took a short stint on the table but had been asked to steward by Maggie Birchall, so I welcomed the opportunity to hold some different breeds that I hadn’t held before; Devon Rex, LaPerm and Household Pets. A thoroughly enjoyable day.

Congratulations to Julie Cherkas who was this years overal Best in Show winner with
IGC & GrPr Jusarka Thai Lilac Promise.

Other winners on the day

Perhaps you can help our Club to have an even better entry next year?
Any of the committee would be very happy to help you show your cats.
There are others who show too (not on the committee) who would love to help.

We’re a very friendly bunch!
So we hope to see you there next year – with or without cats!

A great show day was enjoyed by many members